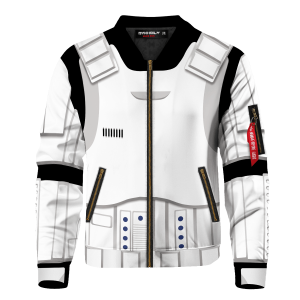 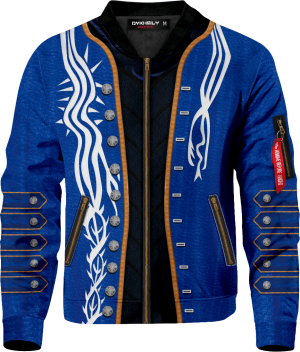 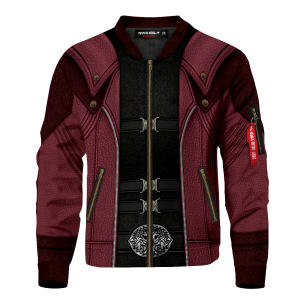 What do you do when your forces aren’t truly the kind who might presumably be relied on to shoot straight and true? You overwhelm your opponent with sheer numbers, very similar to what the white-armored troopers of the Galactic Empire do as rapidly as they resolve to induce shock and awe in enemy forces. Whereas these troopers are acknowledged to be immensely unhealthy at sharpshooting, having 1000’s of unhealthy shooters shoot at a perform concurrently is specific to have the desired have an effect on of lastly hitting it. The logic is sound: why depend on a single shot when a thousand photos is specific to do further harm, and on the an identical time, put together your superiority? The Empire Storm Trooper V1 Bomber Jacket presumably illustrates this message further, patterned after the white armor of these troopers, feared all by way of the acknowledged galaxy resulting from their overwhelming numbers.

This bomber jacket is solely the issue for any type of outside follow, on account of it’s fabricated from totally lined 100% polyester taffeta gives. Wrinkling, shrinkage, abrasion-damage, and even mildew is totally no draw once more in the least, on account of it’s terribly sturdy, sturdy, and resistant to these components. The colors and print will not fade no matter positioned on and washing, courtesy of a high-definition sublimation printing strategy used on every sq. inch of this jacket.

When one must quell an revolt, riot, or one completely different brewing insurgency, one must make sure that to present a superior vitality, if not in potential, then on the very least in amount, so that any form of battle is further extra more likely to be resolved quickly and with the least amount of violence and vitality, very similar to how the Galactic Empire and their troopers do it.

⭐️ Due to the impact of Covid-19 and Chinese Lunar New Year to our factory, from January 10 to 25, some orders may be delayed. Dismiss